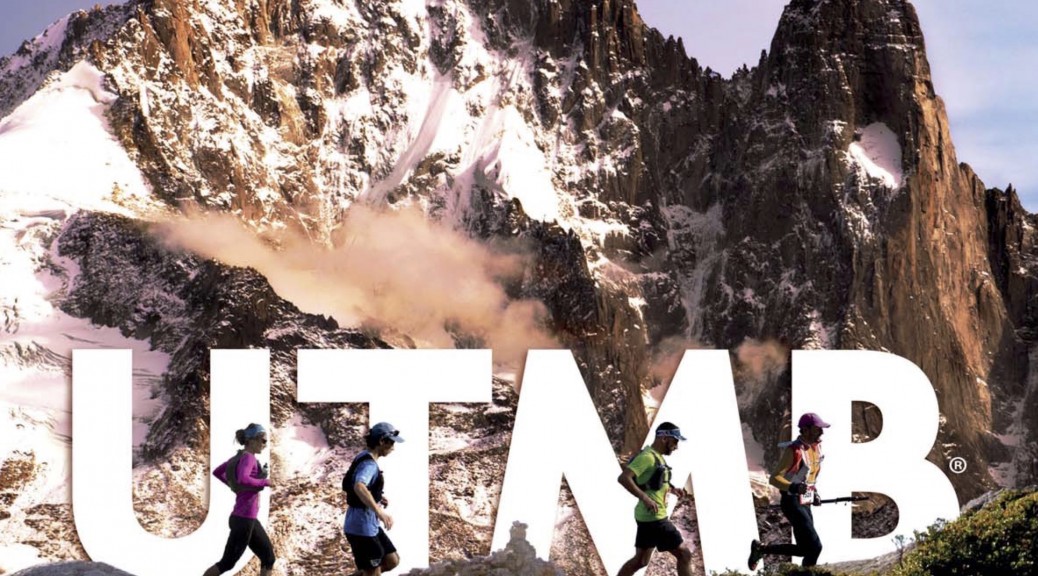 Ever since I’ve seen the movie about the 2010 Western States race, I wanted to do a race in the mountains. The fact that I’ve never been to the mountains in my life was one more reason to try to do such a race. I just needed to choose which one to try since there are so many. That was where Brian Culbert’s stories about his UTMB experience ended up being very influential, and I’ve set my sights on the World Summit of Trailrunning – UTMB. Obviously, after just a few years since my first run, I wasn’t ready to do a 100M race, so I decided to try OCC, The Little Swiss Cousin of UTMB – a 56 km race with a whopping 3500m of elevation gain. That was the beginning of my journey that brought me to Chamonix, France in August 2017.

To run OCC, I needed to qualify first. Considering, that I’ve never run any mountains and had only one (pretty flat) 50k race under my belt, I’ve looked for a qualifier that would be the easiest to tackle. On the other hand, I didn’t want to collect the points using short races since those wouldn’t really test my ability to do a big mountain race. After digging through the list of qualifiers and considering my options, I’ve settled on Squamish 50k and started training.

Balancing the crazy load at work with training wasn’t easy, but I have managed to get myself in a good enough shape to start the race with confidence in finishing it under the cutoff time. The race ended up being much harder than I expected (mountains!) and then there was a bear sitting on the trail 10k from the finish, stopping us for almost an hour… Still, I’ve finished Squamish 50k 2016 and got my qualifying points!

After Squamish, it took me a few months to get my running mojo back (and challenges at work didn’t help with consistency of my running). I’d still do 20-25k weeks, but it was random running just for fun. Then, on January 12, 2017, I’ve received a message from UTMB organizers, notifying me that I was selected in the draw to participate in the 2017 OCC race. Considering that I’ve just changed my job and my life became much more balanced, now I didn’t have any excuses not to dedicate myself to training and preparing for the race in August.

My single major decision related to training was committing to consistency. I’ve developed a plan that followed a steady mileage progression getting me from my usual 20-25k weeks in January to 50-60k per week within six months. After the first three months of training, I’ve run a local race, Seaton Soaker 50k to test my progress and was very pleased with the result – after taking it easy and controlled for the full seven hours, I ended up finishing with a feeling that I could keep running if I needed to.

The next three months I have focused on more mileage (consistent 40-50k weeks) and higher quality runs (different paces, etc.). Come August, I was in the best shape of my life and felt ready to try the challenge of running OCC.

Before I get to the race report itself, I wanted to touch on the last couple of weeks before the race. After my peak week doing ~56k, I started to taper. The moment I reduced my mileage and intensity of my exercises, my body began to complain – it felt like every day I’d have random aches and pain in different places. Now, after reading up on it, I understand that it was a natural result of accumulated fatigue and the body trying to recover from all of it. But back then it resulted in what I could only describe as paralyzing anxiety: I could not sleep, I’d wake up with panic attacks, I’ve lost my appetite and just I could not stop thinking about the upcoming challenge and worrying that I came so close and may not even have a chance to start if I kept falling apart like that.

Thanks to the support from my wife Tetyana, I was able to get through that dark phase and came to Chamonix on August 29, 2017, feeling worried, but ready to do my best in that race scheduled to start in just two days.

The day before the race I was still severely jet-lagged: on August 30th, I woke up at 1 am and could not sleep until 5 am. Then I slept until 11 am, so I ended up with a solid 7.5h of sleep. In the evening before the race, I’ve gathered my race kit, checked everything multiple times, ate my dinner and promptly went to bed at 8 pm. I fell asleep around 9 pm.

Two hours later, at 11 pm I woke up… Whatever I tried to do, I could not sleep. I kept tossing and turning, counting hours until my scheduled 4 am wake up call. And, surprisingly, it wasn’t anxiety – by that time I knew that there was nothing I could change and I was content with just waiting out until the start time and doing my best. It was what I believe a combination of a typical jet lag with altitude adaptations my body was going through.

At 4 am I got up, ate my pre-race breakfast and headed out to catch the bus to Orsières, Switzerland. After an uneventful 1.5h ride (during which I was desperately trying to fall asleep) we have arrived in a stunningly beautiful valley with a small town lodged between the mountains. I had 1.5 hours before the start, so I lied down on the floor of the bib distribution center and, again, tried to catch a nap… After an hour of futile attempts, I got up frustrated and went out to wait for the start.

Few minutes before 8:15 am, a drizzling rain started, so I decided to put on my rain jacket. That was then I realized my first race preparation mistake: when buying the jacket, I tried to make it fit my body perfectly, so it would be snug and allow me to run in it. As a result, there was no way to put it on on top of a racing pack and still have an ability to close it at the front. So, I had to put the jacket under the backpack.

The start of the race was done in a typical UTMB fashion: with large crowds cheering, uplifting music, etc. It was truly one of the most powerful experiences of my life so far, and I hope to have a chance go through that again in the future.

After the start, we have climbed up a few hills (well, we’d consider them mountains in Ontario, but compared to what happened later, I know those were just hills). I felt powerful, keeping a steady pace at the back of the pack, walking uphill, quickly running downhills – just as planned. This was when the pouring rain started, reducing our visibility to less than a 100 feet and soaking everything in my backpack (and there was a lot of clothing there!), making the pack at least 10 pounds heavier. If not for the requirements of the race, I was ready to throw away all of that gear, no matter the cost.

And then came the first killer climb: Montée de Bovine, that contains ~700 meters of climbing over a stretch of just 5km. The climb reminded me of the infamous Galactic Scheisse in Squamish but felt much harder (my wild guess is the 1000m elevation difference combined with the mud and slippery rocks). By the end of the climb, I wanted to die, which is not unusual for an ultramarathon, but was unexpected at a 20km mark. Another surprising feature of this climb was the temperature drop of (what felt like) 10-15 degrees after crossing the summit – within 5 minutes I went from a near-meltdown to nearly hypothermic and had to quickly put on a bunch more (wet) clothes.

After summiting the first mountain, I had a bit more than 1.5 hours to get down to Trient – the first checkpoint with a time cutoff. I needed to get down ~550m over a 4.8km stretch of very rocky and slippery trail. I knew I could do it. At ~3km and 350m down, I was estimating my time for that segment at around 45-50 minutes… And then came the second major mistake: I was droning down the trail, not following the markers, but watching a runner ahead of me. When the guy ahead missed the turn down to Trient, I kept running and just followed him for ~1.5 km. Then a woman behind me, which made the same mistake, called out and mentioned that there are no markers in sight. We have stopped, tried to figure out what’s happening (the guy we were following was long gone and out of sight) and decided to keep going for another 5 min and then turn back. 5 minutes later we both agreed that we fucked up and need to go back. The trail back took around 15 minutes (making the total time we’ve lost ~40 min), and by the time we reached the marked trail, we were ~15 minutes away from the cutoff time and had ~2km to go with about ~200m of elevation drop. I’ve decided, that there is no reason to give up and sprinted as fast as I could all the way to the checkpoint, reaching it 30 seconds (!) before the cutoff. Unfortunately, it meant that I could not get any food or refill my water reserves (you have to exit the station before the cutoff).

After leaving Trient, I felt completely spent. That last sprint down destroyed my legs and as I now realize I was starting to feel down because of a severe caloric deficit – I did not eat much over that first 6h period. Trient aid station was the first one with food in it, and the gels at elevation were making me nauseous. Anyways, I went on and started the hardest climb: Trient – Catogne – 684m of climbing over a mere 3.8km stretch. That was the lowest point in the race for me, but I still didn’t want to quit like the people I’ve met going down that mountain. By the time I reached the top, I had checked my watch and realized, that I’m probably going to miss the next checkpoint. And this was another major mistake: I had my numbers wrong, and I actually had enough time… So, “knowing” I’m going to be stopped, I decided to take it easy and enjoy the views for the first time during the day (since the rain stopped in Trient and the skies started to clear).

Going slowly down the mountain, I’ve reached the checkpoint in Vallorcine at 18:06 and with the cutoff being 17:45, I’ve missed it by 20 minutes. Considering that I did not get much food in all 8 hours of the race, I was running on fumes by this point and, even if I made the cutoff, I’d probably get cut on the next one or, worse, on the last one following the final climb. So, I was content with stopping there and taking a train home.

Many things could have gone differently making it possible for me to finish, but here are the major takeaways I know I could work on to ensure a better result next time (and there absolutely will be the next time!):

As someone once said, we only learn something when we fail, and this ended up being a truly great learning experience. Now it is up to me to internalize those hard-earned lessons and do my best to prepare for the revenge the next time I’m in Chamonix.

And, of course, here is a Strava link for those interested in technical details.